Try the Free Math Solver or Scroll down to Resources!

Step 3: Show the total number of places in your answer.

Dividing a Decimal by a Whole Number

Place the decimal point directly above its position in the problem.
Then divide the same way as you divide whole numbers.

Place the decimal point directly above its position in the problem. Then divide the same way as divide whole numbers. 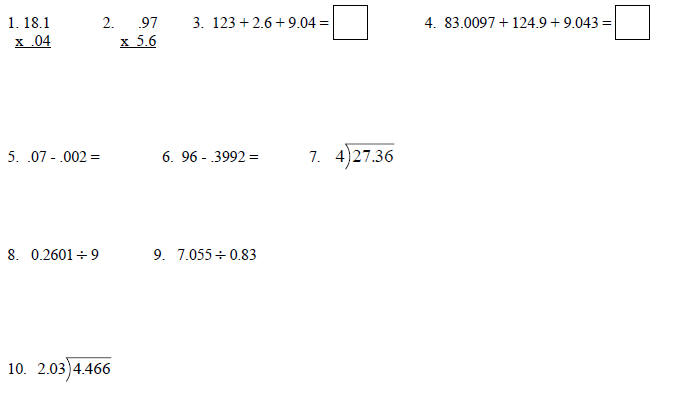 Converting Fraction to Percent Form
Divide the bottom number of the fraction into the top number and move the point two places to the right. 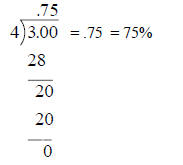 Write the percent as a fraction with 100 as the denominator. Then
reduce the fraction to lowest terms.

Percent of a Number

Finding What Percent One Number Is of Another
There are key words to remember that will help you solve the problem it is asking you.
The word ‘of’ in the sentence means to multiply.
The word ‘is‘ means it is equal to.

Finding a Number When a Percent of It is Given